Are you telling a story or lecturing us?

That question hit me hard. It was the question that my teacher asked me when I practiced my story. The other day, I wrote about “how you say it.” When actors read my script out loud, the audience reacted differently because how the actors said it was different from how I said it. I got the “why” partially then, but I didn’t get the whole picture until I got the question. 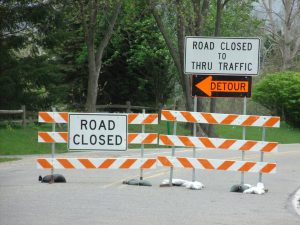 My story itself was fine, but my delivery (posture, pace, facial expression, vocal variety, and hand gestures) was not playing the same music as my story, which put obstacles between my story and its audience. I became painfully aware of it while telling a story on the Moth stage last year. There were moments when the audience was with me in the story, but oftentimes I felt that the connection was intermittent.

“How you say it” can turn even folk tales and jokes into a lecture. A behavioral economist, Richard Thaler, says, “If you want to get somebody to do something, make it easy.” The rule can be applied to storytelling, too. If you want your audience to take a story journey with you, you need to create a clear path for them. Nobody wants extra work like clearing obstacles or taking a detour while listening to a story.

This year I tried the Moth again. The connection with the audience was better than the last time. “How” is
work in progress and I still need a lot of work, but awareness is the first step to learning, right?