I and It: Where Are We Heading? 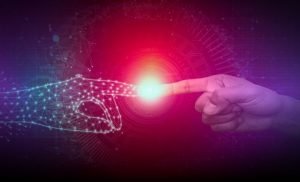 I’ve been paying attention to Artificial Intelligence (AI) for some time now. At first, it was a harmless and entertaining existence. Now as it becomes smarter, it could pose a serious threat, especially to us, writers. A couple of years ago, it was already fooling us as a counselor or a date. If you knew how to trigger an error, you could tell that it was not a human being, but many people were opening up to it without even knowing that they were talking to a machine. It was still entertaining then. But it’s not laughable any more. The recent development called GPT-2 was remarkable as well as scary. It is capable of generating coherent paragraphs of text without needing any task-specific training. If you give it the first line of a story, it’ll complete the rest. The scary part of the technology is its flexibility. The model is ‘chameleon-like’ and easily adapts to any tones or styles; news articles, research reports, Q&A, novels, and etc. If you give it a fake headline, it writes a fake article with fake statistics and quotes in seconds. The technology is not released due to “safety and security concerns,” but it’s already out there. I think that it’s just a matter of time before the information is leaked.

How far does it go? Is it going to publish books? Screenplays? Movies? If we “steal” its writing, is it still called
plagiarism? Even if we set a rule, can anybody detect it? I have so many questions!

Writing is not only about being read. The writing process (thinking, writing, improving, correcting, and sharing) is also important. So is the story behind the story. Even for this short tsubuyaki, I usually rewrite a couple of times. Sometimes the final product is totally different from where I started because what I really want to say is becoming clearer through the writing process.

I’m hopeful that those values will never change, but this is just the beginning of evolution. I need to keep my eye on it.