Are All Stories Effective?

Storytelling is a big thing nowadays. Companies are incorporating stories to promote their brands. Researchers use stories to tell us their findings. Activists tell stories to change people’s minds. But are all stories effective?

A new Johns Hopkins University study finds stories to be significantly more motivating than scientific fact—at least for some people. Their study showed that response can vary depending on political affiliation. But let’s put politics aside and take a deeper look here. We can’t ignore the fact that liberals tend to be more interested in climate change than conservatives. When those who are already interested in a subject hear a story, their brains are more likely to relate to the story and they feel urged to take action. But for those who don’t believe or are doubtful, a story can cause the opposite effect. 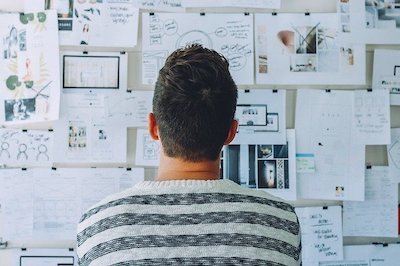 Telling a story that provokes emotions can be tricky. Shocking stories can get people’s attention for sure, but when stories are too sad, horrific, or devastating—if they are shoved down our throats, they may backfire. In 2015, Nationwide released an ad during the Super Bowl to promote conversations about child safety and preventable injuries in the home. The ad was poorly received by viewers, who called it depressing and insensitive. A few months later, the CMO of Nationwide resigned from his position.

But don’t get the wrong idea. I’m not discouraging the use of stories. Stories definitely have the power to change people’s mind. In 2014, Tony Miranda was brought in as the new police chief in Irwindale, California. Irwindale is a small town where everybody knows everybody. The city was known, too, for its police department, which garnered most of the news. News at 6, news at 5, news at 11—all negative. Miranda needed to fix the corrupt police department, or the city would lose its health insurance. But people hated his guts and tried to get him fired. When they were about to call for a vote of no confidence, Miranda told a story about another small city losing its entire police department because they ignored the warnings and didn’t fix the system. His story changed people’s minds and attitudes so that they were able to fix the system. Eighteen months later, the insurance authority removed the warning. In the end, the city was able to keep its insurance coverage.

Be mindful about who your audience is. Craft a story and/or use scientific facts depending on the audience. With the right content and right delivery, your message can reach them.