A Little Change May Turn Your Bad Day into a Good One!

I gasped when I saw the numbers on my scale a few months ago. It was six months after I started working from home. I knew that I would lose muscle mass to some extent, but the decline of numbers like bone mass and muscle strength was beyond my imagination. It was a sharp drop — an almost 90 degree drop! I remembered a trainer’s words — non-athletes would start losing their muscles two weeks after stopping exercise. No wonder I lost so much strength!

So…I took it out on my geeky friend who introduced the smart scale to me. He always has compelling reasons and answers for everything — from Apple products to sitcoms. About a year ago, he convinced me to learn and track my body fat, BMI, bone mass…and everything! It was fascinating to see my numbers in all those categories…until it wasn’t.

I asked him 1) if he noticed any issues like I did, and 2) if he did, were there any solutions. Of course, he had noticed the number drop way before me. The solution was easy, he said. “Throw your smart scale away!”

Huh? Was he serious? He was! He didn’t throw his scale away literally, though. He put it away and bought a basic scale, which tells him only his weight, because the smart scale made him depressed. Now, he’s back to being his happy self again.

Did I throw my scale away? No, I didn’t. But his solution helped me see things from a different angle.

Come to think of it, every step counts. I used to take a bus to work, which forced me to walk to the bus stop. At work, I had to take stairs to go to the bathroom, which happened more than once a day. And I used to go to the gym a couple of times a week. Everything came to a halt in mid March, 2020. Now that I work in my single room apartment, everything can be done within 10 steps. 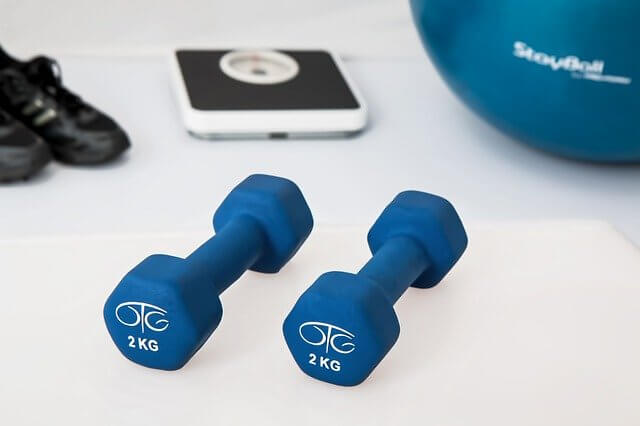 As my lifestyle has changed, I just need to change my perspectives. Years ago, I didn’t even care about muscle mass or BMI and I was totally fine with it. What I’m saying now is that those numbers are still important, but I shouldn’t be obsessed with them. When I stopped worrying so much, I started enjoying the scenery again while walking.

A little change in perspectives may turn your bad day into a good one. Now, it’s time to take a walk!